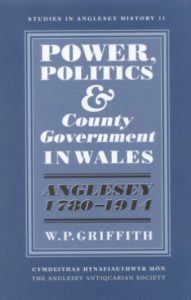 Part I
County government during peace and war, c.1780-1820
I) Challenges of the late eighteenth century
II) Problems and consequences of the Napoleonic war years
Part II
The personnel and politics of the bench, 1820-1860
I) The county elite, its structure and discontinuities
II) The Quarter Sessions dispute of 1843-6, its causes and repercussions
Administrative Patterns and Functions, 1820-1860
I) The Units, Boundaries and Financing of county government
II) New Functions and their funding
County administration and new expenditure, 1820-1860
I) Staffing the County
II) Crime, punishment and indigence
III) Initiatives on infrastructure, welfare and public security
Transitions and Transformations 1860-1888
I) The Structure of County Government
II) The politics of county government and its reform
Part III
Transitions and Transformations 1860-1888
III) The culmination of reform
The Politics and Practice of county council government 1889-1914
I) The First County Council
II) The electoral politics of the Anglesey County Council 1892-1914
County government up to c.1906
i) Financial and administrative issues
II) Policy matters
The Education Act 1902 and its repercussions
County Government, 1906-1914
The Anglesey Magistracy by 1914

472 pages, including photographs, maps,
a bibliography and a detailed index

This is a study of public administration at the county level in Wales during the course of the ‘long’ nineteenth century. It couples a detailed examination of what transpired in one particular county, Anglesey, with overviews of events in other parts of Wales. Reference is also made to interpretive studies of English local government.

The study explores the social and cultural contexts of county government in Wales. It also assess the shifts in the character and efficacy of local government, initially under a landed magistracy and later under a democratically elected council

Dr William Griffith is a native of Holyhead and was educated at Holyhead County Secondary School and the University College of Swansea. He has researched and published works on early modern Wales, notably Learning, Law and Religion: Higher Education and Welsh Society 1540-1640 (Cardiff, 1996). More recently he has been researching various aspects of modern Wales and is participating in the history of Welsh devolution project funded by the Economic and Social Research Council. He is Senior Lecturer in the Department of History & Welsh History at the University of Wales, Bangor, and is currently head of the department.